One year ago today, I published “The mysterious case of the secret gift card rack.”  In that post, I described an elusive gift card rack at Sears that holds gift cards other than those branded by Sears, Kmart, and Lands End.  When found, I would take $100 Visa or MasterCard gift cards and gas station gift cards from the rack, and I would pay with my Sears or Lands End gift cards.  It wasn’t always easy to find that gift card rack, though.  It would would mysteriously move from place to place around the store between visits.  And, inevitably, the non-Sears gift cards would be placed away from customers’ viewpoints.  Employees professed to know nothing about this gift card rack.  Just as the rack hid from customers, it apparently hid from employees as well.

Here is the good-old secret gift card rack, as seen from the front.  Only Sears’ own gift cards are visible: And, here is the same rack, as seen from the back.  The $100 Visa and MasterCard cards were sold out: On October 9th, InfrequentFlyerMiles tweeted the first public sighting of the new breed of gift rack:

@FrequentMiler these stations popped up at a Seattle sears next to 2 registers. $50 visa/MC/Amex, $25 shell/ Amazon pic.twitter.com/16B4v39KTL 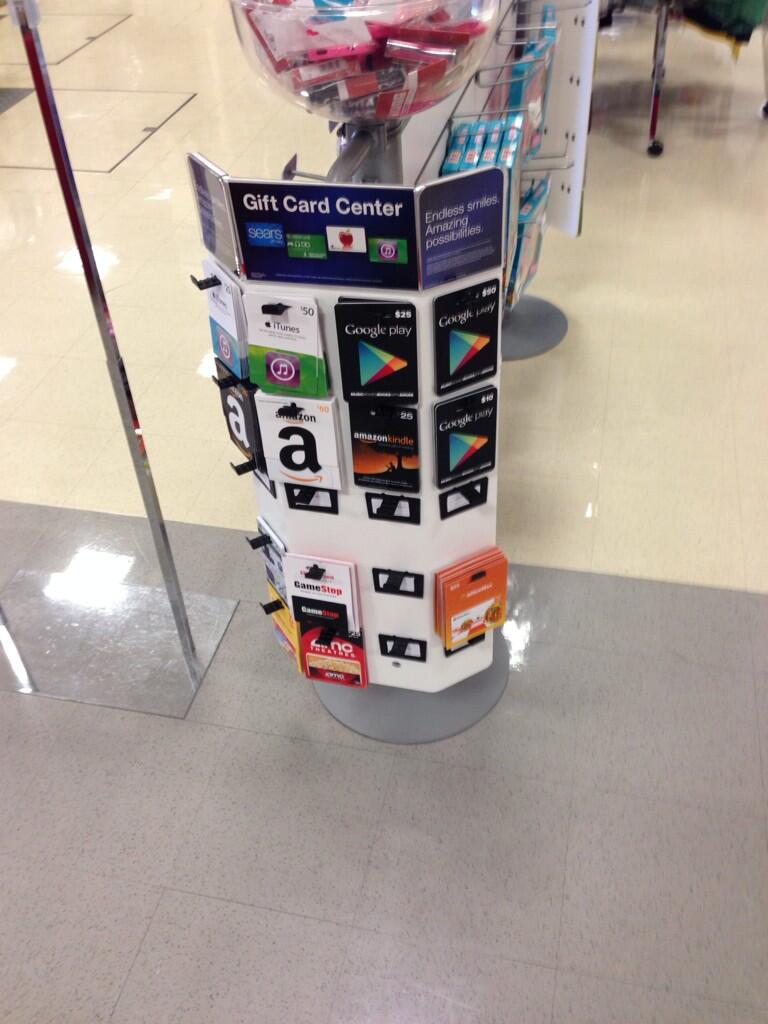 A few days later, InfrequentFlyerMiles found an even better version of the new rack:

@frequentmiler this is new today in seattle. Defin not mysterious anymore. Also has $100 visa/MC/amex @5.95 pic.twitter.com/crzwRjULHc 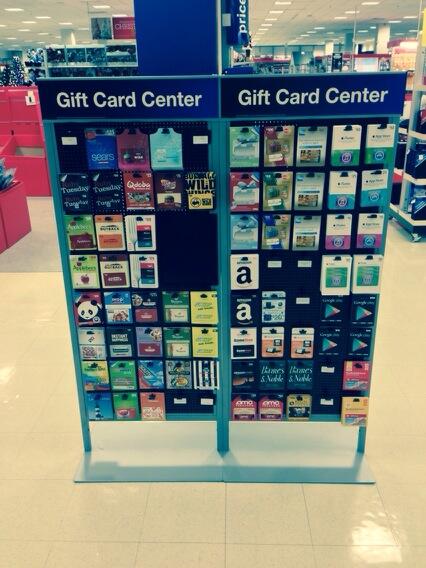 On the same day that InfrequentFlyerMiles first found the new rack in Seattle, Robert Dwyer found one in Massachusetts, but this one was missing its spots:

@frequentmiler found the gift card rack at Sears but it was empty. pic.twitter.com/xsQiDvc2ga 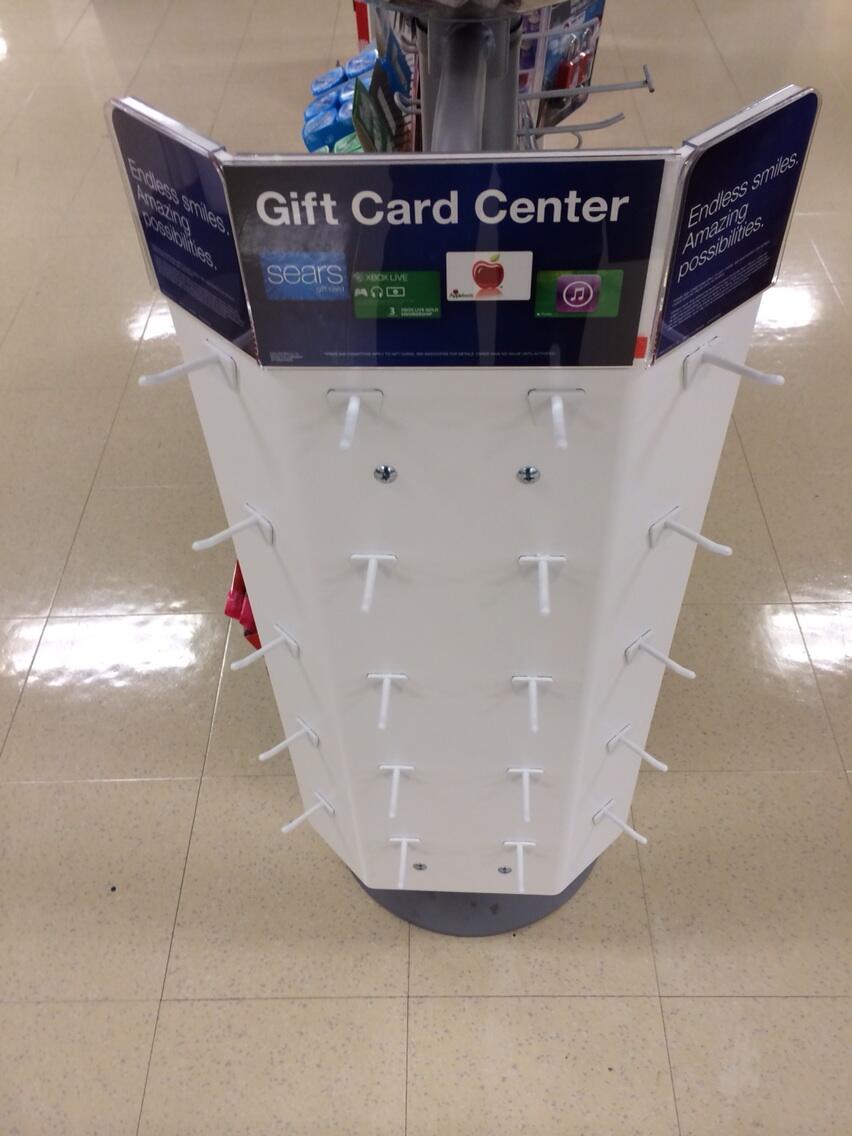 New rack spotted in Florida, but in hiding

On October 21st, DavidG reported an interesting story about his encounter with the new gift card rack in Altamonte Springs, FL.  It seems that the store was keeping the gift card rack prisoner in a back room:

I went into sears today to pickup an item i had purchased through UR portal yesterday. as the guy goes into the employees only area to get my item i peak in behind him and there is a huge gift card rack sitting there. when he returned i questioned him about it and asked him if i could purchase those cards and he said ‘no, they were not ready for sale, but they might be put out for the holiday season.

He proceeded to tell me that i could purchase sears GC at the registers. he did not really seem to know what he was talking about and i doubt the information he gave me was accurate. it seems like they pulled the GC rack and just stuck it in the stock room, but it was full of all kinds of GC

In my local Sears store, I can still find only the old secret gift card rack.  That’s a shame because I would love to buy Amazon gift cards with my Sears’ gift cards!  I’ll continue to visit Sears regularly in the hopes of spotting this elusive new creature.  Have you seen this new gift card rack?  If so, where?  And, what gift card treasures did it hold?